The day before the Publix Savannah Women’s Half & and 5K I got to work a shift at the “Solutions Desk” at the race expo. This is my favorite station because I get to solve problems for a group of my favorite people: runners. I also get to meet runners visiting from out of town and first-time racers. There’s anxious, adrenaline-fueled chatter about the weather, course, pace, gear and training setbacks. If I had a dollar for every time someone said, almost apologetically, “But I’m not fast,” I could’ve bought a new pair of running shoes.

My beloved New Balance 860v7s were beyond wear. My Garmin told me I’d logged 770 miles in them since July and considering I didn’t wear my watch on every run, these wheels were clearly overextended. So, two days before the race, I went to Fleet Feet and picked up another pair of 860v7s in a new color. 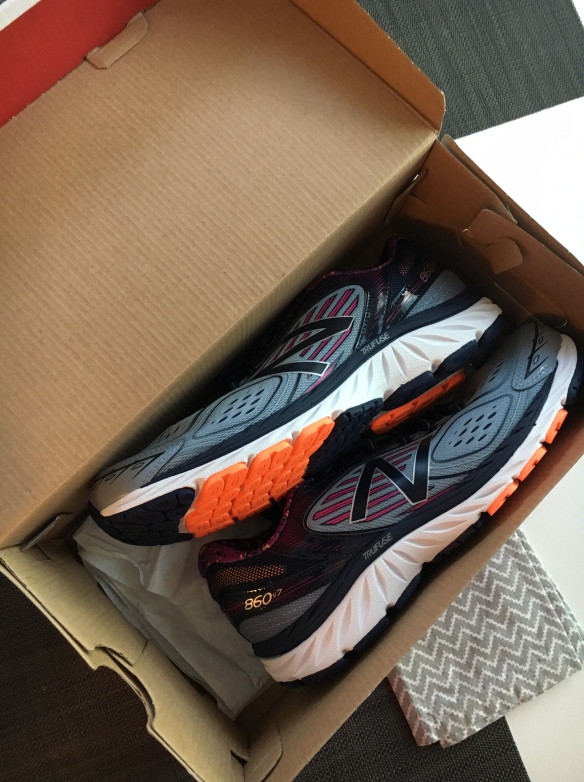 “But you just got a new pair,” my husband complained. Oh, silly, silly Ray.

Last week, as a Publix Savannah Women’s race ambassador, I was given a pair of the New Balance Fresh Foam Zante version 3s to review. As a die-hard NB fan, and owner of last-year’s version, I already knew I’d love these. They’re incredibly lightweight, sport a low profile, contour fit and an accommodating toe-box, and are the perfect complement to my joggers, which have become what my husband refers to as my “giving-up pants.”

But run in them? Not so much.

See, there are three things I’ll never cheat on: my husband, a race or my running shoes. I’ve worn the New Balance 860s for about 20 years now, and I’m not changing anytime soon—not even going to dabble. So, while many people have said the Zante is an ideal, lightweight racing shoe, it has been designated as my official “metro shoe.” It’s the shoe I wear post-race, when anything else would feel like a pair of strappy Payless 4-inch stilettos made exclusively from man-made materials not unlike plastic zip-ties pulled taught.

This not only gives my feet the support and kindness they deserve, it also gives my 860s a needed break to air out and maybe even extends their life. They work as a team, my 860s and my Zantes. They’re like Sonny and Cher, prosecco and OJ, left foot and right foot.

Plus, there’s something cool—something a little Mr. Rogers—about having specific shoes for specific activities, and going through the ritual of changing shoes from running 6 miles to running errands. And having something you call your “metro shoes” is inherently hipster. (At almost 40, those opportunities are few and far between.)

I didn’t wear my new 860s for the race. That’s what is called a “rookie mistake.” Instead, I beat out whatever pulp was left in my old shoes and ceremoniously retired them after a respectable 1:47 half-marathon finish (in my book).

Then I promptly showered, slipped into my joggers and Zantes, and gave up.

(You can get your Zante V3s at Fleet Feet Savannah, which retail for about $99. How you use them is up to you!)

“You got another new pair of running shoes?” my husband inquired, not bothering to hide his disgust.

As I lifted my purplish-blue (this color has always confounded me) New Balance 860 v5 from the box, the smell of rubber washed over me like warm sunlight. So bright. So clean. So … new.

“My other pair was like 6 months old.” Okay, 3 months, but only runners understand that 3 months in shoe years is like 40 for humans.

“You wouldn’t let me spend $100 on a Halloween costume and you bought a pair of shoes?” he said, accusingly.

Clearly Ray doesn’t understand logical fallacy. A one-time Halloween costume and a pair of shoes that takes me to my next PR pain-free, are not like things. They aren’t even in the same universe, unless your universe is inhabited by red herrings and straw men.

No, I did not spend $100 on new shoes—I spent $120. But that really breaks down to only $60 per foot. Figure in the free shipping and that these shoes will protect my $12 running socks and $20 pedicure, and they’re basically free.

And, these are not mere “shoes.” They’re wings. Jet packs. Hover boards.

I’ve been wearing the New Balance 860 since I first started running somewhere around the mid-90s. Before that, I was a shoe whore. I’d find the cheapest, most colorful shoe, try it out a couple of times and quickly discard after realizing it wasn’t a good fit. Too spongy. Too stiff. Too geriatric. Too moonboot-ish (that’s a real thing). I was always searching, without ever really knowing what I was looking for.

After a bout with shin splints, my husband suggested that I get fitted for a shoe by someone who actually understands the mechanics of running. It was awkward at first. Having a pretty man tell you to “run naturally” while he watches you is a little like telling someone to breathe without thinking about it. Everything gets weird and labored. I jogged down the sidewalk like a ostrich—upright with my arms close to my body, paddling through the air as if I was shooing flies from chest. It was even worse when he instructed me to run back because then I had to think about my face. What’s a natural face for a block-long jog? I settled on a bizarre catalogue-model smile mixed with perceived effort—best described as my “stanky face”—which caused the pretty man to avert his eyes, and understandably so.

Back in the store, pretty man told me I had a wide toe box and that I pronated—neither of which is sexy. He handed me a rather unattractive and oversized predominately white New Balance shoe with navy accents. Jackie Joyner-Kersee wouldn’t touch these things with her 10-foot vaulting pole—even in the ‘80s.

At the time, when I thought of New Balance, I thought of old men in long velour robes shuffling along in the gray 574, going to retrieve the Sunday paper from the front yard. But my very next run felt effortless. I was cloud-running. Unicorns were flying. Angels sang. It was a perfect fit. 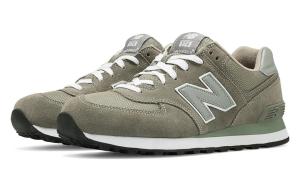 You know the shoe I’m talking about…

I’ve stuck with the 860 ever since—besides my marriage, it’s the most committed I’ve ever been. Sure, there was a time or two I was tempted by a deal or a trendy color and I justified, “I won’t run in these, just look cute in them.” But even then, after a week or two, the adulteresses found themselves relegated to the dark corners of the closet amongst the other misfit shoes that caused me pain and regret.

Runners get it. My running partner Lindsay recently learned that New Balance updated her New Balance RC 1400 to a new version. My shoe has had 5 version upgrades, which I’m okay with, but Lindsay is a purist. She spent an evening scouring the internet for every pair in her size she could find and ended up buying six. It’s safe to say that the size-9 original RC 1400 is now obsolete. 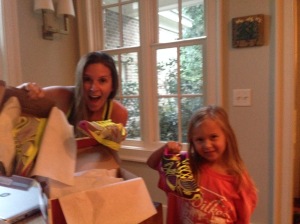 I’m fickle about a lot of things in my life, but not my running shoe. The 860 has seen me through three marathons and five half marathons. It’s run on trails in the Northwest and through vineyards in the South of France. It’s been in rain and snowstorms. PR’d and peed on. And 40 years from now, when I’m shuffling to my mailbox in my velour robe, you can bet I’ll be in my 860—v 48.