As you may recall from last year’s cooking experience, I don’t cook. Or at least I don’t enjoy it. I prefer to stand by, observe and eat. Which also means that I have to rely on my more capable friends to get the job done.

This year, I leaned on my running partner Robin, who also happens to be a dietitian. These are good friends to have. These are the people who gently discourage you (me) from engaging in high-risk eating behavior (i.e. ordering seafood after a power outage). They’re also the people you call when you (I) took a supplement called “Neuro Shred” for an energy boost and thought either your heart would beat out of your chest or your skin would crawl off your body. 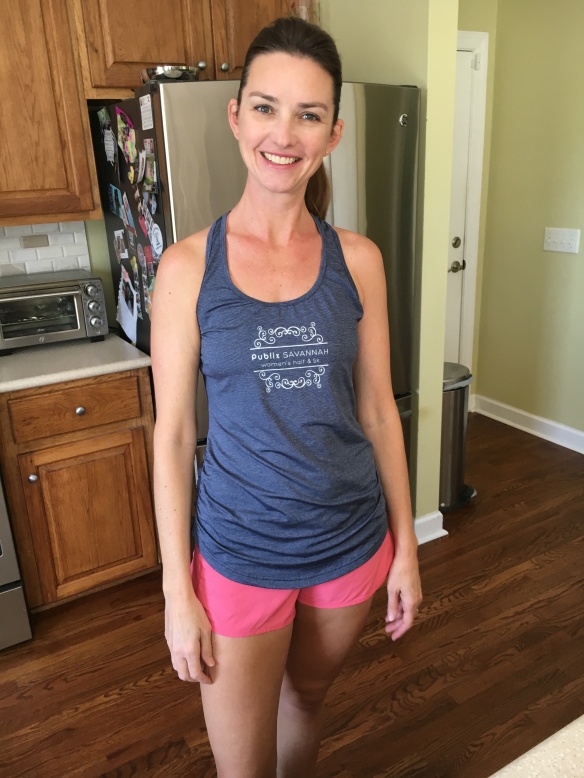 So Robin sends me a grocery list to create “Zesty Quinoa Salad,” a dish she found on allrecipes.com, and off to my neighborhood Publix I go.

As it turns out, Zesty Quinoa Salad is super cheap to make, which left me enough dough to invite a bottle of my good friend Kim Crawford to lunch with us.

I mean, just look at these ingredients:

salt and ground pepper to taste 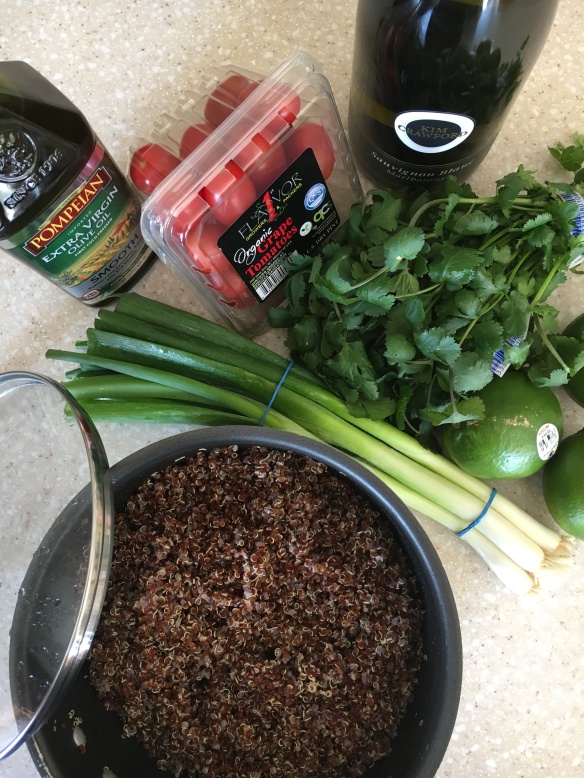 The only things I had to buy were the tomatoes, limes, green onions and cilantro. So, what is that? Like $6? I should’ve bought a case of Kim…

You’ll also notice there is nothing “bad” in this recipe. I bought everything from the healthy perimeter of Publix. Robin likes the dish because it’s this medley of nutrition—you’ve got protein, antioxidants, iron, vitamins and flavor. She also likes it because it’s gluten-free. Robin, who has celiac, for reals can’t eat gluten, while I avoid it because it doesn’t like me. Or rather, it doesn’t like me at about mile 3 of a run when it hits my lower GI like a volcano: sudden and violent.

And while I hate it when people tell me recipes are “so easy,” I swear this one is. (And even easier when Kim is there to assist.) 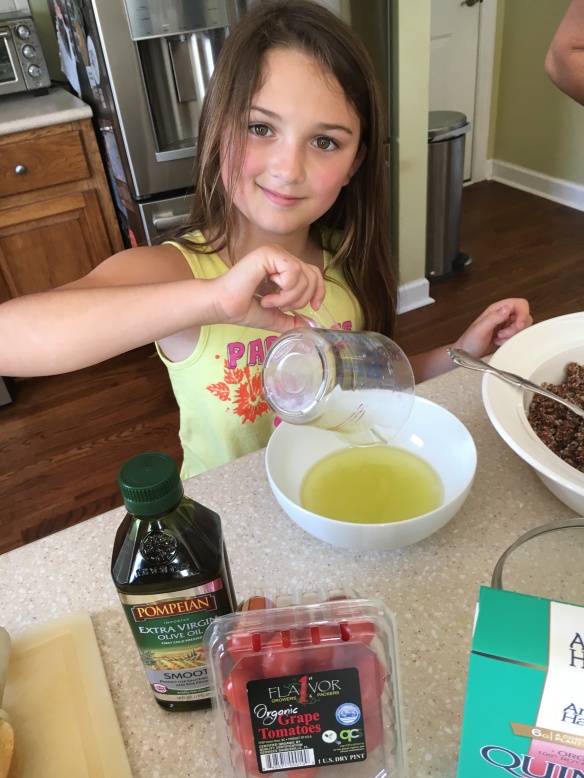 Then stir, stir, stir. (As demonstrated by Robin’s daughter, Morgan, who’s more capable at cooking than I.)

Check out those colors!

For a full-on meal, I added chicken. And it also gets better with time, so the longer it sits, the better the flavors incorporate, which I can attest to because I ate it for 3 days–before and after long runs (just not during–never during). 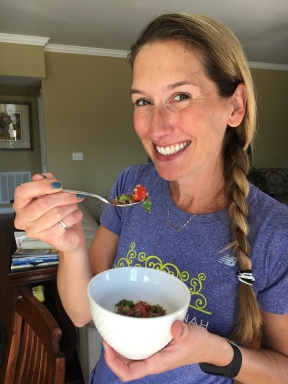